Trump’s Flip-Flops Concern Some Supporters, But Not Others 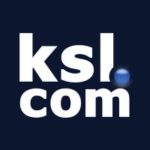 What’s wrong with being flexible? All presidents change their minds. He’s only human.
President Donald Trump’s voters can be a forgiving lot — up to a point.
“He thinks too fast and then makes decisions too fast,” says Miriam Naranjo in Miami Lakes, Florida.
“He’s changing his mind on almost everything he said,” says Bob Brown, of South Windsor, Connecticut.
Naranjo is willing to give Trump more time. Brown is not.
The president’s recent shifts in position on big foreign policy issues have got his supporters pondering: Are the reversals worth a mere shrug of the shoulders, or are they a cause for greater concern.
Where critics see a flip-flopper, many Trump voters see the kind of recalibrating that’s to be expected from any new president, even more so for the first in history to land in the Oval Office without any government or military experience.
“It’s definitely worth keeping an eye on and making sure he doesn’t stray too far from where he campaigned,” says Christian Ziegler, a marketing professional from Sarasota, Florida, who served as one of Trump’s electors in the state. “I’m not concerned yet.”
In recent weeks, the president has gone from labeling NATO “obsolete” to “no longer obsolete.” He’s ordered a cruise missile bombardment in Syria after saying during the campaign that the U.S. should steer clear of the place. He’s decided the Export-Import Bank, which he once opposed, is a good thing after all. And he’s done a U-turn on his pledge to label China a currency manipulator. Many of those issues were prominent applause lines at candidate Trump’s campaign rallies.
Now, as he shifts positions, Trump says he’s being flexible — and proud of it.
For plenty of Trump voters, that’s fine, particularly when a situation suddenly arises like the chemical weapons attack in Syria that killed more than 80 people and prompted Trump to order airstrikes.
“Once someone releases nerve gas on children, you have to do something,” says Susan Holly, of Cheyenne, Wyoming.
“Nobody can stand around and be black and white,” she said. “Everybody makes changes.”
Some prominent conservatives haven’t hesitated to criticize Trump’s recent actions.
Columnist Ann Coulter, writing for Breitbart News, the website once run by White House adviser Steve Bannon, called the president’s Syrian airstrikes an immoral “misadventure” that “violates every promise he ran on and could sink his presidency.”
However, nearly three months into Trump’s presidency, many supporters say they never really expected him to hew to all his campaign positions anyway. Trump, a former Democrat, was never one to attract the labels of policy wonk or ideologue.
“I don’t think any president really knows what they’re doing the first few months in office,” says Jeff Baumgardner, 59, an airline captain from Shindle, Pennsylvania. “What they say on a campaign is always different than what they do.”
Sure, Trump needs to deliver on some of his promises, says Baumgardner, “but some of them are just election banter.”
Husband and wife Larry and Eleanor Sacilowski, from Langhorne, Pennsylvania, don’t see Trump’s policy shifts as a problem.
“It makes him human,” says Eleanor, 70, a receptionist.
“You never stop learning,” adds Larry, 74, an auto parts deliveryman.
For Ziegler, 33, a Republican state committeeman in Florida, Trump’s shifts are a sign he’s getting “different information” now that he’s president. As long as Trump holds firm on Ziegler’s top priorities — opposing abortion and refusing to grant amnesty to immigrants living in the country illegally — Ziegler says he’s OK with other policy changes.
“Let’s remember Donald Trump’s a dealmaker, and when you’re negotiating in business you don’t always get 100 percent of what you want,” says Ziegler.
Naranjo, a Cuban-born Trump voter, thinks the president’s performance has been lackluster but there’s still time for him to turn things around.
“We’re expecting too much too fast,” says Naranjo, 70.
To a number of Trump voters, as long as the president delivers on his repeal-and-replace pledge for the health care law — far from a sure thing — other issues are secondary. Trump’s campaign promises to dial back U.S. engagement overseas and put “America First” may have roused crowds, but it’s the issues with direct impact on their lives that could drive them away.
William “Drew” Cato, 57, of Anchorage, Alaska, says he voted for Trump even though he credits the health care law enacted under former President Barack Obama with saving his life by helping him get drug addiction and mental health treatment.
If Trump guts the health law and doesn’t provide a replacement, say Cato, “I would just have to scratch my head and go, ‘That’s a promise. That was an all-out lie.'”
In Sacramento, 58-year-old Dennis O’Flaherty, who works in landscaping, is worried about Trump’s departures from his campaign positions. But he’s not sure what to make of it.
“Maybe he was not aware of exactly what was going on,” says O’Flaherty, who had just finished making a pot of split-pea soup as a volunteer at the Veterans of Foreign Wars post. “You don’t want to think that he misled people intentionally, but I guess that’s a possibility. … It’s concerning.”
In Connecticut, Brown, a 65-year-old retired municipal worker, isn’t giving Trump the benefit of the doubt anymore.
“He’s so erratic, that’s what disappoints me the most,” says Brown, just after watching a minor league baseball game in Hartford. “All these years, everyone’s had the notion that Donald Trump was a smart guy. And to me, he really isn’t. He may know the art of the deal … but as far as global knowledge. …”
Brown finishes the thought with a shake of his head and a rueful laugh.
View The Article