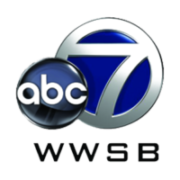 For now, President Trump’s controversial travel ban remains on hold after a federal appeals court on Sunday denied the Justice Department’s request to reinstate Trump’s executive order.
The order bans travelers from seven predominantly Muslim countries from entering the United States for three months. It also suspends entry for all refugees for four months and indefinitely bans Syrian refugees from entering the country.
U.S. Border Officials are proceeding with business as usual. On the ground though, the fight continues, with protesters taking to the streets in several U.S. cities. In Sarasota, activists are trying a different approach though, reaching out to local Congressman Vern Buchanan.
“One of the most effective things that we can do is call on our local congressmen and senators to be proactive in the face of these executive orders,” said local community organizer Theresa Haas.
Buchanan took to Facebook praising Trump’s travel ban writing, “LONG OVERDUE: A freeze on Syrian refugees and a crackdown on sanctuary cities!”
It’s that post that sparked the group, including Haas, to draft a letter to Buchanan they plan to deliver to his Sarasota office on Monday morning. The letter argues “all of us are immigrants,” adding the order will “fuel ISIS’ claim that the U.S. has a war on Islam.”
“It’s very clear that all he is doing is targeting a certain, race, ethnicity or religion rather than doing anything that will make U.S. citizens safer,” said Haas.
In a statement, Congressman Buchanan said, “My highest priority is protecting Americans. That’s why we need to enforce federal immigration laws and ensure we aren’t opening our borders to individuals that want to harm Americans”
Republican State Committeeman for Sarasota Christian Ziegler says that’s exactly his concern.
“We are the target of dangerous people around the world and I think we need to do everything we can to protect ourselves,” said Ziegler. He also argues it’s not a move against immigration
“Immigration is important to America, but it needs to be legal immigration and safe immigration,” said Ziegler. “We had Ellis Island for a reason. Immigrants stopped there and they looked into their backgrounds.  We need to do the same thing today.”
Still though, activists say they’re prepared to be persistent.
“Last week, this week and all the weeks to come, we will be here visiting Congressman Buchanan, urging him to do the right thing and publicly oppose this racist ban,” said Haas.
View The Article