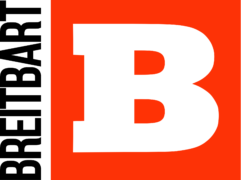 The chairmanship of the Florida Republican party is up for grabs January 14th, and Breitbart News has obtained a list of potentially controversial reimbursements that could impact the race between incumbent chairman, Florida representative and Marco Rubio ally Blaise Ingoglia, and Trump supporter Christian Ziegler.

The list of credit card expenses, obtained by a well-placed source in the Republican Florida establishment on the condition of anonymity, shows how donor money was spent and contains many examples of spending that GOP donors might consider extravagant, including large restaurant bills and private plane expenses. For example, a report from the second quarter of 2016 shows that on one day alone, in July 13, 2016, a total of $4655.73 was spent at Capital Grille restaurants.
Significantly, these charges came after an April, 2016 article in Politico revealed the scandal over a list of expenditures has helped split the Florida GOP under Blaise Ingoglia. Politico reported on the partial list of expenditures, saying a charge card used by a 26-year-old staffer was used to:
…pay up front for the biggest party expenses in 2015, including $79,594 for a fundraising event at New York’s The London NYC hotel, more than $70,000 for expenses tied to a Napa Valley fundraiser, and $57,916 for an event at the Gasparilla Inn in Boca Grande.
The list also includes lesser expenses, including items like $2,683 at Tallahassee’s Paisley Café for member meetings, more than $2,000 for cigars, and $14,000 for private jets.
The changes came after current chairman Blaise Ingoglia’s January defeat of previous party chair Leslie Dougher, who was Gov. Rick Scott’s hand-picked person to lead the party and had the support of many of the party’s biggest names. As a result, both Senate Republicans and Scott pulled out of RPOF, and no longer raise money for the party.
Other documents obtained by Breitbart News show what the source says are expenses from the 1st Quarter and 3rd Quarter of 2016 indicating that spending has continued under current GOP chairman Blaise Ingoglia.
In that same April 2016 article, Politico reported on the shakeup in the Florida GOP, writing that its “facelift over the past 15 months has left some of the party’s biggest power brokers on the sidelines and has revamped how the state GOP both raises and spends donor cash.” Politico also said that “few in the party have credit cards” and that the “state GOP has cracked down on credit card usage.”
The scandals over spending have haunted the Florida GOP since former state GOP chairman Jim Greer pled guilty to theft and money launderingcharges in 2013. Greer had been accused of funneling more than $200,000 in donor money to a company he created.
Chairman Ingoglia’s challenger Christian Ziegler is seen as a Trump loyalist, although he has shown support for Rubio as a senator. When he announced his bid for Florida party leadership, Ziegler said, “I have built relationships with the current Trump Team” and praised Rubio as well, saying, “In addition to supporting the Trump Administration, we will need to strengthen our Republican Party of Florida to send an ally to the U.S. Senate who will work alongside our great senator, Marco Rubio.”
Rubio handily defeated his Democrat challenger, Patrick Murphy, in the 2016 election for Florida’s Senate seat. Florisa’s other U.S. Senate seat is up for grabs in 2018, with Florida Republicans looking to replace Democrat incumbent Sen. Bill Nelson and shore up GOP control of the Senate during the Trump midterm elections.
View The Article